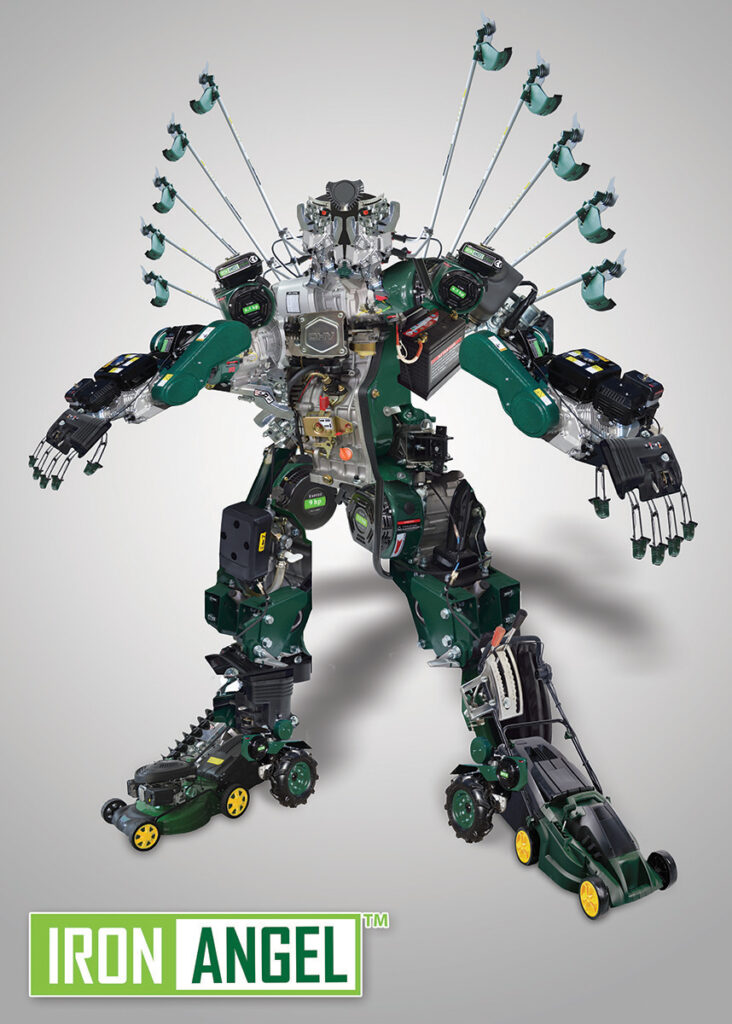 Having analyzed competitors methods of advertising in retail stores, it turned out that almost all of the print ads that were placed on the walls of the stores were of the same type. Namely, a model range of equipment of a particular brand was depicted on A1 format posters. And, when a potential customer came into the store, he saw from two to five same type posters at once, where about 20-30 products were depicted. But how do you know which company’s poster attracts more attention?

In order to drive attention of a potential customer to the advertising poster with “Iron Angel” equipment, an image of TM “Iron Angel” was created (literally – an iron angel). It was a robot with wing simulation made up of various pieces of Iron Angel equipment. After that two posters of A1 format were developed: one with the assortment of equipment and other one with this robot.

As a result, when visitors came into the store, among all posters of the same type (with an assortment of equipment), one atypical poster appeared depicting an iron robot with wings. This poster immediately attracted customers’ attention and even made them come closer to get a better look.

Thus, the following goals were achieved:
1. Buyers, first of all, paid attention to the posters of the “Iron Angel” trademark.
2. The robot aroused interest, surprised, delighted, which served as the basis for the formation of a positive attitude to the brand.
3. After the attention to the necessary poster was riveted, the buyers showed a clear interest in the product range of TM Iron Angel, shifting their attention to the neighboring poster with the brand’s equipment.

The image of the robot was used in the creation of alternative posters. 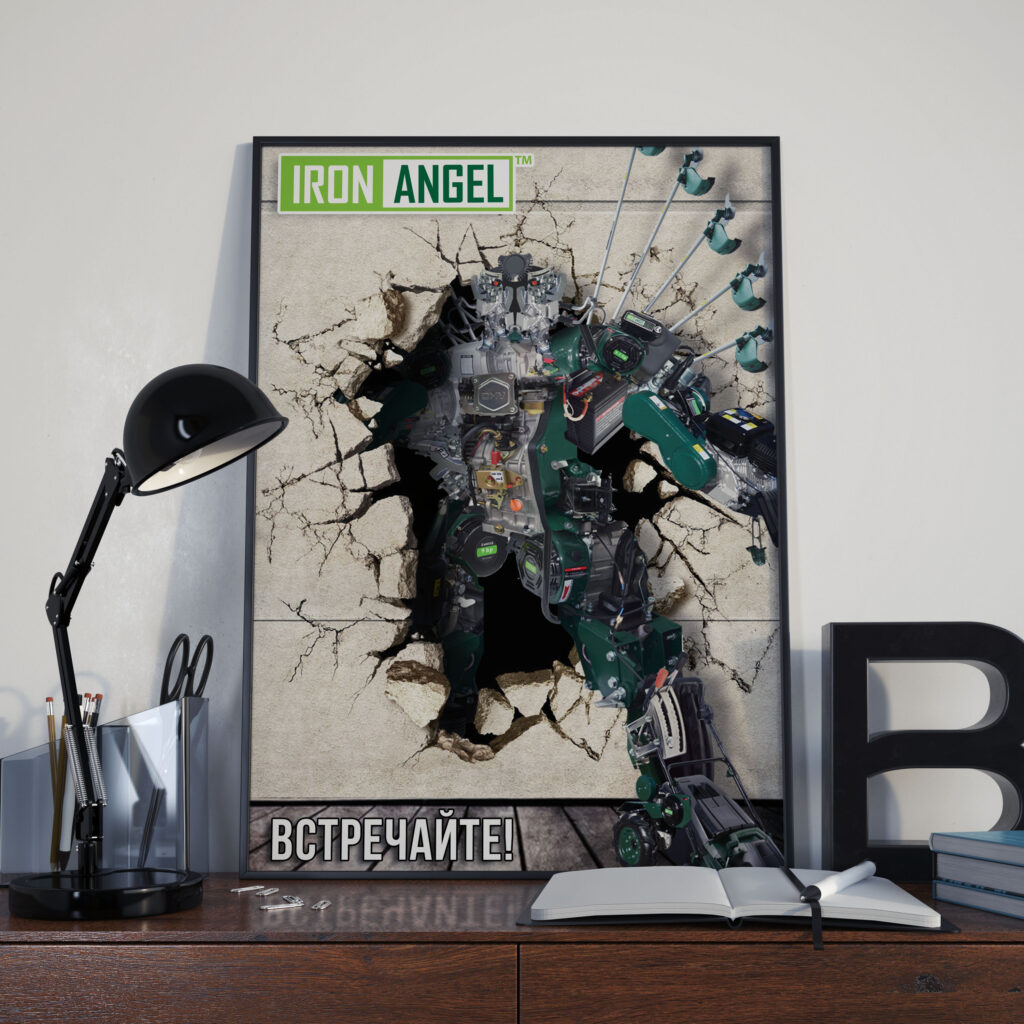 The image of the robot was also used to create graphical content in social networks. 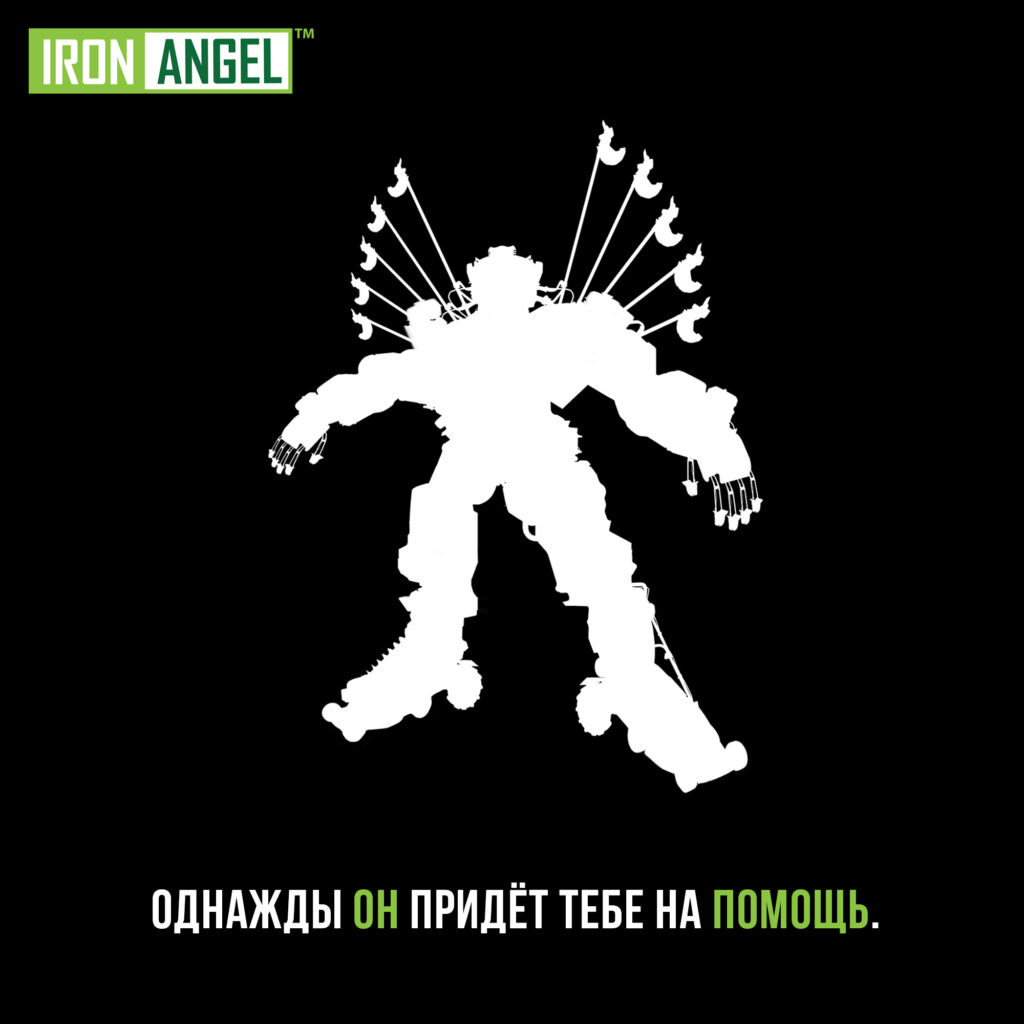